Although equities and equity markets tend to get the bulk of the average investor’s attention, the most remarkable thing that has transpired across the economic spectrum over the past ten years has been the sharp decline in government bond interest rates to levels never seen before in the history of capitalism.  Whether driven by persistently low inflation, central bank policy, aging demographics or general economic weakness and risk aversion, interest rates have fallen across the world to the point where negative yields are a somewhat common phenomenon.

The genesis of this trend occurred 20 years ago in Japan, where aging demographics and deflationary trends forced the Bank of Japan to initiate a Zero Interest Rate Policy (ZIRP).  Japanese government bonds followed suit and interest rates in Japan have been near or below zero ever since.  Ten years later, the financial crisis led the ECB and the Fed to follow this unconventional approach to the point where it is now entirely conventional among central banks to target funding rates at zero with corresponding government bonds yielding close to nothing.  The US is a relative newcomer to this low rate paradigm.  Although the Fed targeted zero rates in the period following the financial crisis and US Treasury yields did fall sharply, once the economy recovered rate normalization followed.  It was in the past year that the US bond market started to go the way of Europe and Japan.

While concerns over domestic economic weakness were a factor in the decline in US rates and the subsequent flattening of the yield curve, we believe it was foreign investors looking for “high yielding” safe investments that really drove the dramatic yield decline in the US over the past year.

Much has been said about the merits and flaws of ZIRP, the unusual incentives and risks which it creates, and whether it has been successful as an economic stimulus tool.  Much has also been said about when a normalization of interest rates may occur and how bond investors will suffer the wrath of the market when things get back to “normal.”  We have nothing to add to either of those debates, except to recognize - as with Japan – that a low interest rate paradigm can last a very long time.  The real question for all investors, as we look at the current environment for bond yields and rates, is this: is it prudent now to consider bonds a low risk asset class?

The return/risk pattern which we’ve seen for fixed income over the past several years has been unusually attractive and is unlikely to repeat itself on a going forward basis. Returns have been extraordinarily high and risk has been extraordinarily low.  The returns of long duration US Treasuries, in particular, have wildly exceeded most investor expectations.  Over the past year, long treasuries have returned 24% with volatility of about 11 equating to a Sharpe Ratio of approximately two.  Such a high Sharpe Ratio is in the extreme tails of the probability of returns for any asset class, especially bonds.  Which means that return and risk patterns in the bond market will likely change, and bond investors must be aware of the potential changing dynamics as they make future investments.

What should bond investors now do?  First, saying the bond market is overpriced and to be avoided at all costs is shortsighted and not necessarily true.  But, blindly stretching for yield is also not a good approach as it likely will bring too much unintended risk to your portfolio.  We find it helpful to think about bond investing in terms of pairs of binary choices.

US vs International Bonds

This is a somewhat easy decision as the negative interest rate environment across Europe and Japan is not at all compelling (see above).  Select Emerging Market countries do offer some interesting opportunities but often with specific policy risks, fiscal or monetary, which need serious evaluation.  Overall, investors should remain oriented to dollar based fixed income investments due to the high relative yields coupled with safety.

Another easy one.  As mentioned above, the rally in long bonds has been extraordinary and not without risk of retracement.  Generally, while we expect the overall rate environment to remain lower than historical norms for quite a while, it is important to remember much of the rally in long bonds over the past 12 months was driven by increased trade uncertainty and fear.  To the extent a trade deal with China materializes, a sharp backup in yields is very likely.  At today’s yield and duration levels, a 50bps move higher on 30-year yields, over the next three months, would result in a negative 10% total return for the long bond.  No thanks.  We think its prudent to keep portfolio durations relatively short now.

Municipal bonds have long been good performing diversifying investments for taxable investors.  For the most part, municipalities have improved their credit standings from the depths of the financial crisis and yields have fallen alongside other government bonds.  Today, municipals don’t offer much in after tax benefits as the returns are so low as to be somewhat uninteresting.  Between taxable government bonds and tax exempt, we believe taxable US Treasury securities to be preferable because there are not the credit considerations in the taxable market and there are generally better liquidity and diversification benefits there.

Now the choices become more difficult.  Government yields are low and corporate spreads are at reasonable levels.  The US economy remains strong and the risk of recession is low.  Therefore, because of its higher yield, corporate debt remains a better alternative than government bonds but of course is not without risk.  Prices of corporate bonds, high yield bonds in particular, tend to be volatile when the stock market runs into trouble, so the diversification benefits of corporate credit are not great.  But, if you believe as we do now, that investors are being adequately compensated for taking credit risk, one should own corporate credit over government bonds.

Despite years of central bank intervention and the subsequent decline in government bond yields, many areas of the private debt market have not seen as sharp a decline in rates as compared to other debt markets.  However imperfect, our capital markets still reflect some notion that investors be adequately compensated for taking risk, whether that risk be credit related or driven by a lack of liquidity.  Many private loans still offer high single digit to low double-digit rates of returns to investors willing and able to understand the risks unique to this market.  Often these loans are secured by specific assets.  This is not an area of the marketplace to traffic in haphazardly, however.  Specific expertise is often required to understand the details of the terms and covenants of these loans.  Regardless, because of its higher yield potential, private credit is a worthy area.  Indeed, because the return potential relative to risk in the private markets remains attractive, many of our income-oriented funds invest there.

To conclude then, opportunities in fixed income are more limited today than they have been in years (if not decades) and risks need to be closely monitored.   It is our view investors should allocate to shorter term, credit-oriented investments including opportunistic investments in private debt.  Generally, investors should avoid pure interest rate risk in government bonds, particularly those outside of the United States.  Although the investing climate may seem somewhat limiting for bond investors today, an appropriately managed opportunistic approach should result in modestly attractive positive returns. 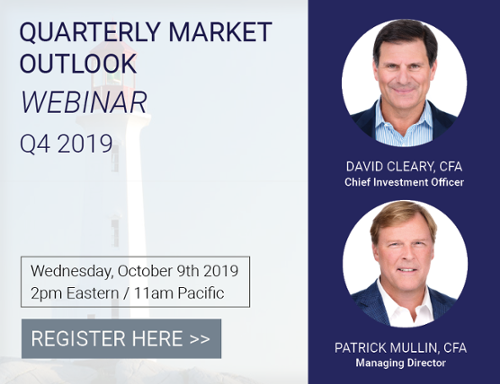